This league season will be a new beginning as we start with 2 separate leagues both able to play maximum speed for the first time.

Riverside PFC will enter competition in MDUK championship as powerchair footballs newest club. After a lot of effort put in to get the club up and running, players will be itching to get out on the pitch and make an impression. 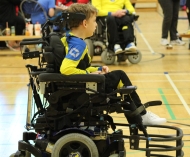 Yellow and South Ayrshire Tigers championship, additions from clubs Tayside Dynamo & South Ayrshire Tigers. Allowing opportunity for all players to compete. With such high standards set from their teams in the premiership already, we are sure to see 2 teams full of talented, determined players who have trained every week behind the scenes waiting for the chance to show their ability. Exciting times to see what all 3 of these new teams can add to this seasons MDUK championship.

Clyde Caledonia enter their second season as a team having had a difficult campaign last time, they have come out it stronger and ready to go again. With a mix of experience, youth, hard work and skill this team are more ready to compete than ever before.
As you can see Lothian Wolves have a lot of fierce competition for the title this season but based on the quality they have shown it would be no surprise to see them revile in it, maintaining, even raising they’re game in defence of the Championship crown.

been the team to beat with an incredible winning mentality and you can bet all summer long the players have been working, waiting for this date to edge closer with a great determination to take back what was theirs for so long.

South Ayrshire Tigers Premiership and Glasgow Gladiators will have something to say about that. Tigers pushed for the title right up until the last day with it ending up just out of there reach. A chance to refresh throughout this break, analyse and come back stronger could see them go from the team who narrowly miss out to champions.

Glasgow Gladiators a team who arguably improved most throughout the season, were the only team to score a victory on to be champions Clyde Alba towards the end. It’s fair to say if the season had gone on a little longer it could have been a very different story for this team. They will go in to the new season ready to start strong and carry through, dark horses perhaps? Capable of anything this season.

The holders Clyde Alba will know all these difficult tests ahead. A team that battled for many years to get to the summit, with it all coming together last season having an excellent mix of quality and mental toughness to finally achieve that goal of becoming champions once again. A title they won’t want to give up easily. Everyone’s in it to win it, who you got?

To add a little extra spice, this year’s Premiership winners will face 2017/18 champions Clyde Alba in a play-off to win the right to represent Scotland at the 2020 EPFA Champions Cup.

Expect everything, quality football, twists and turns, ups and downs, passion you won’t see anywhere else. New heights can be set for powerchair football in Scotland this MDUK Premiership & championship season. all the unmissable action starts at the Peak in Stirling, see you there! 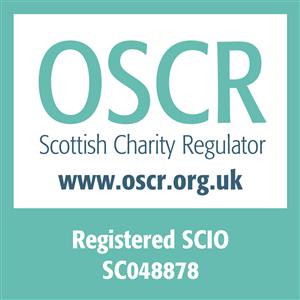